Yesterday’s Stevenote brought a number of announcements. As somebody who bought his first Apple computer (an Apple IIe) in 1984 and over the last years switched back to a mainly Apple setup at home (2MBP, 1 Mac mini, apple tv, Airport Extreme, iTouch, iPod 4G, iPod nano 1G), these announcements are definitely worth a closer look (I’m going to quote Apple PR texts from Apple’s website in order to have a quick description for those of you who haven’t followed or read about the keynote yet ;-), but i’m using the chronology of the keynote.

Time Capsule — wireless backup for all your Macs

ApplePR: A backup appliance that works seamlessly with Time Machine to automatically and wirelessly back up everything on one or more Macs running Mac OS X Leopard, Time Capsule combines an 802.11n base station with a server grade hard disk in one small package. “Bring Time Capsule home, plug it in, click a few buttons on your Macs and voilà—all the Macs in your house are being backed up automatically, every hour of every day,” said Steve Jobs, Apple’s CEO. When it ships in February, Time Capsule will be available in models featuring 500GB and 1TB hard drives for $299 and $499, respectively.

As somebody who just bought an Airport Extreme in December and two 160GB local USB drives for backing up the MBPs via TimeMachine, i’m very unlikely to buya TimeCapsule soon. I might have considered buying one instead of the Airport Extreme.

Hopefully this also means that TimeMachine is also going to be used with an AirportExtreme without playing tricks and all the other bugs that plague AirportExtreme Users are gone, especially the regular freezes that i a numerous others are experiencing on a regular basis. 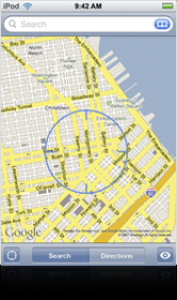 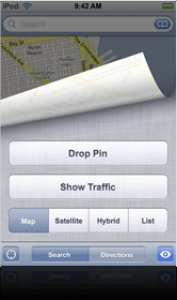 ApplePR: With the installation of this major software upgrade, the best iPod becomes even more: the world’s best Wi-Fi mobile device. The upgrade—available from iTunes for just $19.99—adds five more great mobile applications to iPod touch: Mail, Maps, Stocks, Weather, and Notes. It also includes such new features as Web Clips, a customizable home screen, and the ability to watch iTunes Movie Rentals on iPod touch.

I’m personally not that excited about that firmware update. Most things are already available as 3rdParty apps on my iTouch 1.1.2 (more on this in a separate post). The only interesting thing is the enhanced mapping app. And i guess that the Skyhook Wireless Hot-Spot based triangulation is not available outside North America, at least it sounds like that. Hence no or only little additional value to non-american customers.

In no way i’m going to trade Books, iPhysics, Python, and all the other 3rd Party Apps i’ve installed to this firmware upgrade. Especially since i (like most others) have also installed the 1.1.1 versions of Mail, Maps, Stocks, Weather and Notes.

That Apple wants to charge a whopping $19.99 for this apps, and especially making this update free to iPhone customers while iTouch customers have to pay IS JUST RIDICULOUS. I understand that they want to test their software purchase through iTunes before the SDK is generally available, but there must be other ways.

The reactions on the various live blogs indicate, that i’m not alone with this opinion. Maybe SJ has to take a similar approach to the iPhone price reduction uproar ;-). Meanwhile i’m happily using my 1.1.2 iTouch

But what puzzles me most is the following:

The wording above does not indicate if they separated the firmware upgrade from the applications. If they didn’t separate it, this would mean that all further firmware updates would have to be payware also (including the update needed for the SDK). But then Apple would fragment the not existing market for iPhone / iTouch Applications.

Could somebody clarify this issue?

This definitely looks very intersting to me. Whenever possible (i.e. we understand the language sufficiently) we watch movies in the original language, mostly meaning english. Unfortunately i’m located in Germany so officially i can’t purchase or rent movies.

Let’s see if the good old iTunes gift card workaround is working for rented movies too :-) Until now i only used it for music because there was no / little price difference between buying a movie on iTunes and buying the DVD and ripping it using HandBrake. This is now different. 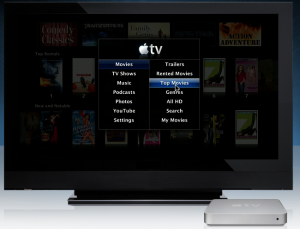 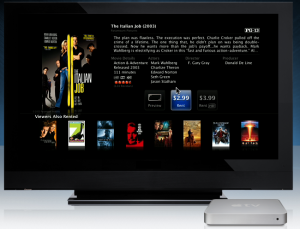 ApplePR: Available as a free automatic download later this month, the new software announced today lets movie fans rent movies on the iTunes Store directly from their widescreen TV. With iTunes Movie Rentals and Apple TV—and with no computer required—customers can effortlessly rent movies just by clicking a button on their remote. By the end of February, they’ll be able to choose from a catalog of more than 1,000 titles, including over 100 titles in stunning high definition video with 5.1 Dolby Digital surround sound. DVD-quality iTunes Movie Rentals cost just $2.99 for library titles and $3.99 for new releases. High-definition versions are just one dollar more with library titles at $3.99 and new releases at $4.99.

Since my apple tv turned out to be an iBrick for me (because of this problems hooking it up to our flatscreen), this was the most interesting announcement. definitely will try the update, if only to test if the apple tv will now work with the flatscreen and i finally can follow the original plan of hooking up the apple tv to the screen and turning the mac mini into a server only role.

But definitely not without making sure that the old, hacked appletv 1.1.2 setup will still work. I guess i’ll combine the upgrade with an upgrade from the 40GB drive to a 160 or 250GB drive).

ApplePR: Twentieth Century Fox and Apple today announced iTunes Digital Copy for iTunes, which provides customers who purchase a DVD of a Fox movie title with an additional Digital Copy of the movie. The iTunes Digital Copy can be transferred effortlessly to iTunes and then viewed on a PC or Mac, iPod with video, iPhone or on Apple TV—just like a movie purchased and downloaded from the iTunes Store. In fact, the first DVD to debut with iTunes Digital Copy is being released in stores today. It’s the Special Edition DVD premiere of the Family Guy “Star Wars” parody, “Family Guy Presents: Blue Harvest,” and the first of many more to come.

Since i guess that these DVDs will not make to Germany (or any other region2 country) soon, right now i don’t care. If they’ll make it and they spare me the manual ripping and save me time without being to expensive i’ll car. But only then. 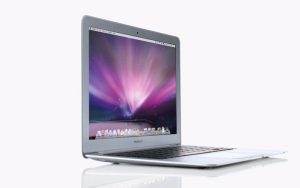 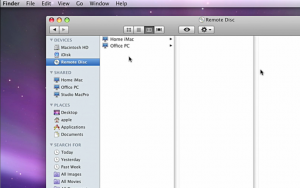 Apple PR: Apple today introduced the world’s thinnest notebook: MacBook Air. It measures an unprecedented 0.16 inches at its thinnest point while its maximum height of 0.76 inches is less than the thinnest point on competing notebooks. In addition to a stunning 13.3-inch LED-backlit widescreen display, MacBook Air offers a full-size and backlit keyboard, a built-in iSight video camera for video conferencing, and a spacious trackpad with multi-touch gesture support, letting users pinch, rotate and swipe. The new notebook is powered by a 1.6 GHz or 1.8 GHz Intel Core 2 Duo processor with 4MB L2 cache, and it includes as standard features 2GB of memory, an 80GB 1.8-inch hard drive, and the latest 802.11n Wi-Fi technology and Bluetooth 2.1. Starting at just $1,799, MacBook Air begins shipping in two weeks.

MacBook Air is a hallmark of engineering and definitely a nice one. Prices are ok. I applaud the green route Apple is taking. RemoteDisk is interesting but no more, the battery life sounds good, but i guees that the battery is not exchangeable, or is it. SSDs are definitely too expensive for the mainstream right now. Like most I guess i wouldn’t miss the fixed ethernet port, but this may be different in corporate settings. Multi-touch gestures are not impressing right now.

But since our MBPs are just a little over a year old, buying one is not an option.