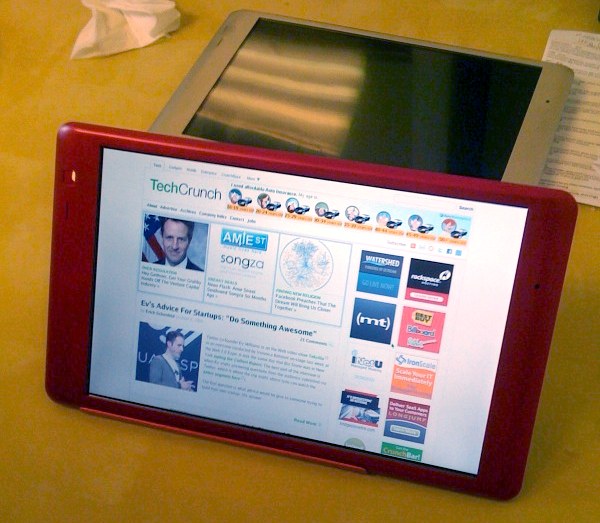 This is device closest to my dream reading/surfing device  so far. Now Mr. Arrington go and build it for $200.

What you see is a prototype, equipped with an Intel Atom processor and a 12″ capacitative touchscreen. Looks a little different than it did last time, doesn’t it?

Now Apple finally build this kind of device, you have the ability to do so for at least 2 years. I fear ithe apple incarnation will cost at least $500 but hopefully will run all app store apps and maybe have some of the openness of the real mac.