This is the personal blog of Gerd Kamp.  everything i write (especially my blog posts concerning  the german media landscape (typically written in german) is my own personal opinion.

(Disclosure: My employer the german press agency dpa, is owned by the german media, publishers as well as radio and TV stations (commercial as well as “öffentlich-rechtliche”).

This blog serves a multitude of purposes: 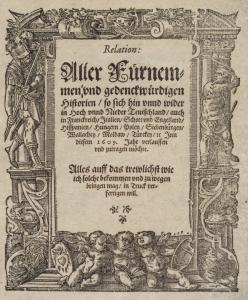 Why the heck did i choose relations as the name of the domain as well as the title of this blog?

This excerpt from britannica.com may shed some light on it:

Hence relation is a word having relations to both media and technology, perfectly describing the intent of this blog.

In addition to that, the worlds first newspaper that appeared 1605 in Straßbourg beared the name “Relation”, namely „Relation aller fürnemmen und gedenckwürdigen Historien“ and “Relation” was used as a synonym for “Zeitung”, a german word that was at that time used generally for “news” but today is the german word for “newspaper”.