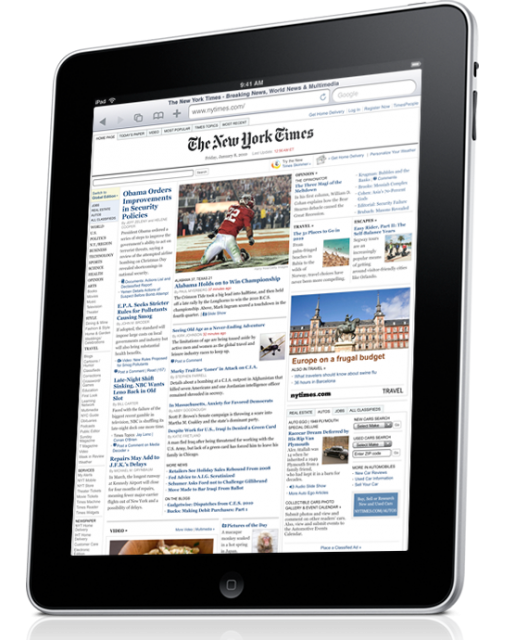 The perfect device for baby boomers and pensioneers

As i already twittered : It looks like the perfect device for my mother (just turned 80).I always did not set-up a computer for her (although i’m storing a couple of my old ones at her home). It would just have been too complicated for her. Still she is very interested to learn about that internet thing. And as her eyes got worse she is not able to easily read the newspaper or regular size books.

A future version will probably add a camera (jointly with a camera for the iTouch) and grandma’s are able to have iChats with their siblings and friends.

A home and an away version

I’m happy to see  a  WiFi only version of the iPad as well as a full mobile version. i already have an iPod Touch and an iPhone and have complementary uses for them at home and away.

I’m not too happy to have no GPS in the WiFi device because with offloaded Maps i would love to use it also in the car or on holiday etc (Romaing charges are just ridiculous high in europe, so i typically offload maps of the region before going on holiday) 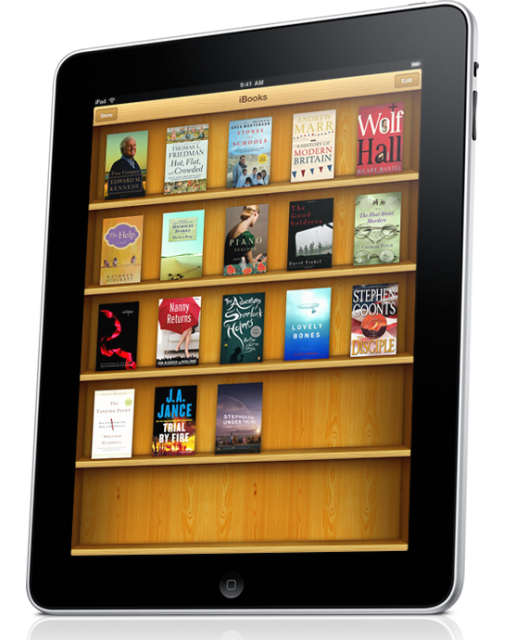 A lot of people are complaing about missing features. I typically don’t because i firmly believe in simplicity. There are exceptions (see e.g. above).

But right now i think Apple lost an opportunity to not add a MiniDisplay Port and or micro USB port as video and serial connector. May be even add  a third  proprietary connector if neede.

I know it would potentially cannibalize the existing iPod  3rd Party ecosystem (you wouldn’t if you build / sold the above dongle.

But having separat small standard ports would:

These have mostly to do  with my professional view on the iPad (as the head of the R & D lab of one of the worlds largest newsagencies currently looking very hard at ereading:

iBooks looks an awful lot like Delicious Library (as others have olso noted). Could swear that Mike Matas (the original designer of Delicious Library that joined Apple in 2005) had a hand on it. But then learned that Matas left Apple  in July 2009.