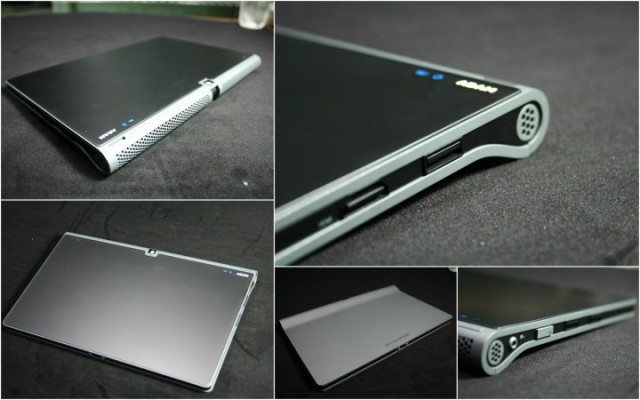 On Monday Apple finally sent out the invites  to their January 27th event – widely presumed to be about the RAT  (Rumored Apple Tablet). Because everyone and their dog is speculating about what the RAT  would or not would be i just like to point you to the summaries that I think most likely  are to be correct for most of their parts: Andy Ihnatko (from which i shamelessly stole the RAT acronym above) and John Gruber (Part I and Part II).

Whatever exactly will be announced by Apple (and even if they wouldn’t announce a tablet at all) i’m sure that 2010 will be the year of the tablet, as much as 2008 was the year of the netbook. Because 2010 is (finally) the year of the confluence of all the necessary technologies.

Let’s have a look:

RightNow there is a multitude of powerful (mostly multicore) processor platforms out there that consume very little power and are still able to en/decode HD video, driver large displays and do 3D-rendering and integrate WiFi / GSM. Most notable the Nvidia Tegra 2, Marvells Armada 510/610, Qualcomms Snapdragon,  TI’s OMAP and Freescales i.MX. Important: Practically all of them are ARM-based.

Touch-enabled displays are now available in all sizes ranges that are of interest for tablets: 5”, 7” and 10”.  There are two power-saving display technologies that are production ready in 2010: AMOLED (Active Matrix Organic Light Emitting Diode) and PixelQis transflective displays. They are somewhat complementary. While AMOLEds excel at displaying bright  images /video and are available at a reasonable price for 5” (and to some extent at 7” display sizes but practically out of scope for 10” displays, PixelQi’s transflective displays in their reflective mode are practically equal to e-ink displays wrt. display crispness and readability in sunlight (while still able to display video), and equal to normal LCD displays  in transmissive mode. They are right now manufactured in 10”.

Open Source, Linux based, fast booting OS have also evolved to a quality  where they are mass compatible. Most notable Android (a Linux / Java Based OS) has been picked up by most mobile phone manufacturers and also gets traction in into mobile internet devices / tablets (see below). Other contenders are Google Chrome OS /Chromium, Moblin / Ubuntu Moblin Remix and  Maemo.

I ended my July 2008 blog post  titled  “Will Apple finally my dream e-reading /netbook device” with:

We’ll see. If not (Ed. Apple is building a tablet), hopefully somebody uses Google’s android to build such a device.

Fortunately, this is exactly what is happening and could be seen at CES2010. Partly by replacing Androind with another of  the OS alternatives  mentioned above. Forget the lame MS/HP presentation, the real action could be seen elsewhere and nearly everywhere (because of the confluence of the technologies i mentioned above).

My personal highlight of CES2010 was NotionInk ADAM, a 10” tablet based on NVidia Tegra 2, PixelQi Display and Android

More about the device can for example be found here.

The PixelQi Display has also been shown integrated into a Lenov Idea Pad. The video below is especially interesting because it shows the two different display modes using the NYT Reader 2.0 app.

MSI Wind has show prototypes of both 10” and 7” dualscreen devices. The video below shows the 10” version as the 7” version was seemingly non functional.

Dell has shown the  Dell Mini 5, an Android based tablet running on top of a Qualcomm Snapdragon processor.

A device that is already in the market is the Archos 5 Internet Tablet which is based on Android and features an OLED display.

Boxee Box: The boxee box is based on the Nvidia Tegra2 and is going to be sold for below $200 by D-Link that won a best of show award at CES2010

As an interesting side note, TouchRevolution showed off a 7” touch-enabled, android based platform integrated into a washing machine and a microwave

More videos can be found in my shared item feed.

A look into the (near) future

For quite some time  i’ve argued that  the iPhone / iPod touch is right now my favourite e-reading device (see here, here and here) (Having extensively tested e-ink devices like the Iliad). Hence i drooled for a iTouch like device with a  7-9″ display.

IMHO, it is more likely that Apple will enter the netbook market with a typical apple twist by not doing another scaled down version of a notebook, but a device that is dedicated for optimal support of the typical tasks a netbook has to support in a home and car enviroment.: Surf and read on the web, watch video, control your home entertainment systems etc.  This device should be the best device for couch surfing as well as showing video to your kids (or let them play casual games) while being in the car.

Ever since the Newton, Apple had technology for this kind of devices and it is more or less a yearly rumour that the Newton 2.0 will finally ship. But this time i think the chances are better than ever.

We’ll see. If not , hopefully somebody uses Google’s android to build such a device.

While being wrong 2008 wrt. to the timeframe (i basically made wrong assumptions about the power consumption of  Intel ATOM and LCD displays),  i still very much believe in the scenario of an optimized device for mobile entertainment at  home (e.g couch surfing) and in car setting.

This already resonated in my “Why Times Reader 2.0 is important” post from May 2009:

For the curious: My dream eReading device has for years been an Apple media pad. Right now my specs for this device read as follows: around 1.5 pound (hopefully lighter), beefed up iPhone OS (or better dual boot, full OS at a premium price), 7 – 10” display,  wi-fi 801.11n  plus 3G, all app store goodness, bluetooth for external keyboard connectivity as well as all other bluetoothy things, plus a PixelQi multitouch display.

The exiting thing : everything except the PixelQi display is available right now, the PixelQi schedule will allow for a WWDC presentation (or a launch at the traditional september special event).

So  what i am hoping for and why?

I’ll try to do it along the lines of my introduction and the CES review.

I  think that is safe to bet that this device(s) will be the first Apple device that will incorporate some benefits of the P.A. Semi acquisition Apple made in early 2008. P.A. Semi was a fabless chip designer  specializing in low-power processor design based on ARM CPU cores. As said above all processor alternatives that i mentioned above are also based on ARM CPUs.

Since 1.5 – 2 years are a typical time frames for the the scoping of a design to a production quality chip /platform that can be mass manufactured i think we are on the safe side for that. It is also safe to assume that the platform of the tablet includes the benefits of the long term license deal with Power VR for das 2d/3D graphics as well as video de/encoding . So IMHO the paltform to be used within the table will be feature /performancewise be at least comparable to the Nvidia Tegra 2 plattform.

As argued above the display technology most likely depends on screen size of the device(s). For 5” it definitely will be AMOLED, for 7” AMOLED is a likely but pricey choice and for 10” it will be either regular LCD or a PixelQi display for the following reason:

As we have seen in the PixelQi videos above, the display seem to be ready for the market. But i remember that they said last year  that touch-enabled displays that would not suck (e.g. take away too much contrast) would be more in the June/July 2010 timeframe. So if the the tablet is going to be delayed until June lets hope that this will be the reason.

May be some of the Apple patents with regard to display technology (e.g. integrating touch and display layer in order to come up with a thinner device etc.) will be incorporated.

I’m  sure that the OS will be more twisted toward  iPhoneOS  than  to Mac OS X. The main reason for that is that there definitely will be an app/content store for the device(s) and that the devices will definitely be no general purpose computers. But i’m also quite sure that the OS will be not be  identical to the current iPhoneOS. It definitely will support multi-tasking and the User interaction will be different / enhanced. It is also quite clear that there will be the possibility to pair a physical keyboard (most likely a bluetooth keyboard at least with some of the devices.

I’m also quite sure that (some) of the devices will incorporate technology / features from the Apple TV and will more or less be Apple TV 2.0.

I think it is a fairly safe bet that the device to be unveiled on Wednesday will be a 10” tablet. And by 10” i also mean 9.7 or 10.1 ”. The device will basically have the functionality as described by Inathko and Gruber.  PixelQi display would be nice, but most likely it will be a regular LCD display.

You already can watch video stored on you’re iPhone and ipod Touch on a big screen, using either a 3rd Party Dock or a special viideo cable. Right now forwarding the signal to an external display is restricted to the playback of the video. All interaction is on the device only (which makes sense for devices like the iPhone).

This changes with the 10” tablet. As said above i expect that AppleTV functionality will be incorporated into the devices. This means that you will be either able to use  a  Front Row like interface on the device itself and / or more likely use an iPhone or iPod touch with the  Apple Remote App. I also expect a dock with gigabit network connectivity, maybe an enclosed 2.5” drive for additional content, eventually DVR and TV-Tuner capabilities and an IR port for a regular Apple Remote. This dock will eitehr come directly from Apple or from a third party provider.

The current  ipod Touch is basically the equivalent of the 5” devices mentioned above.  Since the current Zune as well as the Nexus one are already using  AMOLED  displays i think it is a save bet that the next generation iPod touch will have an AMOLED display.  For me it is an open question if the device will have a 5” screen or if the economies of scale wil dictate that the screen is the same size as an iPhone.

May be the chosen route  is to keep the iPod Touch form factor as it is and to touch enable the successor to the iPod classic, using a greater display and a harddrive.

Most likely either a 5” or a 7” device will be developed by Apple since there is not enough potential for diffentiating between the two devices. But may be they will go the MacBook Pro route and offer the same functionality with two different display sizes.

If Apple is interested to continue it’s Apple TV hobby, the logical consequence is to strip the 10 inch tablet of the display and use  the other parts to build a tiny and shiny Apple TV 2.0. This box can easily be sold for around $200 it may go as low as $150.

I think it is unlikely that all this devices will be introduced next week, but i would be very much surprised if at the end of the year the line-up wouldn’t more or look like sketched above.