In the first installment of this mini-series i announced that dpa-infocom is geocoding it’s regional newswires and that i’m going to report on the rationale behind doing so, as well as on the solution we ended up using today and our roadmap in forthcoming posts.

One of the main reasons for doing this mini-series is getting the discussion about a/the semantics for geocoding news stories started and working towards a standardisation of the syntax and semantics.

Three days later Adrian Holovaty announces everyblock.com. And in the Poynter interview following the launch of everyblock.com Adrian was asked:

Tompkins: How do you hope newsrooms will adapt your ideas and even your code to their own work?

Holovaty: We’re interested in spreading the concept of “geocoding” news — that is, classifying news articles by location. Currently, we do that by crawling news sites and applying algorithms and human editing efforts, but it’d be best for everybody if news organizations did this on their own. We’re interested in developing some sort of specification/standard for designating granular locations in news stories (Emphasized by me) — look for more about that from us soon.

This is great news! Obviously i agree that news organizations should geocode their news stories on their own. If not, we wouldn’t do so. And we are very interested in working towards a spec / standard. It is for this reason that I’m evangelizing the need for geocoding news not only within dpa (one of the worlds largest news agencies) but am also communicating our approach at various occasions when meeting other news agencies.

For example last September i presented our approach to geocoding news at the inaugural meeting of MINDS International, an association of currently 11 news agencies focusing on the exchange of ideas and solutions between agencies in the online and mobile area.

Not very surprisingly Adrian hit the nail on the head by stating that a spec/standard for designating granular locations is what is needed most in order to geocode news stories.

In the next couple of posts i’m going to elaborate on these key learnings and present our  approach.

Hopefully this and the following posts will get a discussion as well as a joint effort for a common spec started. 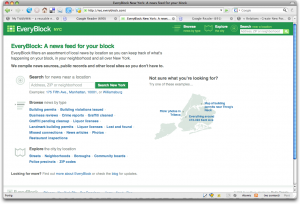 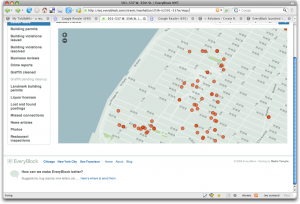