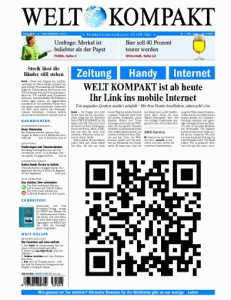 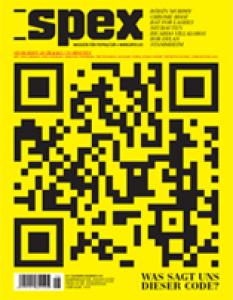 There’s already plenty of commentary from the usual suspects. (See below for my favorite quotes). My thoughts:

“Today the Internet experience on hand-held devices is not optimized,” said Peter Chou, chief executive of HTC, one of the largest makers of smartphones. “The whole idea is to optimize the Internet experience.” Mr. Chou, whose company makes several phones based on Microsoft’s software, which are largely aimed at business users, said the phones based on Google’s technology would probably be marketed primarily to consumers.

A brief demonstration of the Google software recently suggests that phones made using the technology will have features and design similar to the Apple iPhone. Mr. Rubin demonstrated a hand-held touch-screen device that gave an immersive view of Google Earth, the company’s three-dimensional visualization software.

All in all, very interesting. It’s remarkable to see Apple once again in the position of selling a whole-stack platform (software and hardware, at least — network sold separately), competing with a broad coalition of commodity hardware companies using a common software platform. I think they’ll repeat history — they are already repeating history — by not doing whatever they can to bring developers to their platform. I wonder if Google will teach them what they should have already learned from Microsoft.

No ad-supported phones, says Andy Rubin in Q&A: “Part of this Android solution is a very robust HTML Web browser, so there is really no difference between browsing on a phone [and on a PC]. Contrary to speculation, you won’t see a completely ad-driven phone on this platform for some time.” But he confirms that this plays into Google’s overall advertising strategy by bringing a more fully functioning Web browser to the handset. Notes that Android will require at minimum the equivalent of a 200 MHz ARM 9 processor. The platform is open source, and that will be its competitive advantage over other mobile platforms.

Availability: Rubin: “All this software will be available in about one week to developers in an SDK“. Deutsche Telekom (NYSE: DT) CEO Rene Obermann said T-Mobile would be offering wireless internet and Web 2.0 devices “in the US and in Europe in the course of 2008”, creating a “better-than-internet experience”, while HTC CEO Peter Chou said its first devices would come “in the second half of 2008 with others to follow”.

The Journal kind of nails the problem with this story. Money quote: Tech consortia for decades have been notorious for failing to live up to their promise. Google Director of Mobile Platforms Andy Rubin acknowledged the troubled history of previous consortia, but said that Android was different because “we’re actually releasing in one week this software.”

But the issue isn’t about when the software ships. Consortia don’t work because nobody can ever agree on anything and everyone always wants to push the group in ways that advantage themselves and disadvantage everyone else.

Impact on Windows Mobile: Ugliness. The handset companies endorsing Android are also Microsoft’s most prominent mobile licensees. I doubt any of them are planning to completely abandon Microsoft (they don’t want to be captive to any single OS vendor), but any effort they put into Android is effort that doesn’t go into Windows Mobile. So this is ominous.

The whole mobile thing just hasn’t worked out the way Microsoft planned. First it couldn’t get the big handset brands to license its software, so it focused on signing phone clone vendors in Asia, thinking it could use them to pull down the big guys. But Nokia and the other big brands used their volume and manufacturing skill to beat the daylights out of the small cloners.

Now Google is coming after the market with an OS that’s completely free, and may even be subsidized. This will put huge financial pressure on not just Windows Mobile, but all of Windows CE. Even if Microsoft can hold share, its prospects of ever making good money in the sub-PC space look increasingly remote.