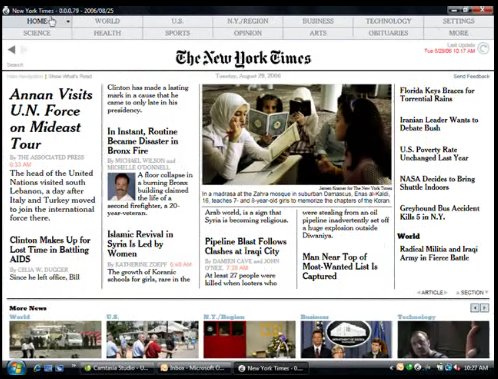 I just noticed (via Read/WriteWeb) that the NYT opened up the beta program of the NYTReader software. Times Reader was unveiled by Arthur Sulzberger Jr. and Bill Gates in Seattle on April 28th this year and seems to be a successor or variant of the software that microsoft code-named “Max“.

The screenshots at Read/WriteWeb look very interesting so, i signed-up. Lets see if i get accepted. Until now i just received a confirmation email.